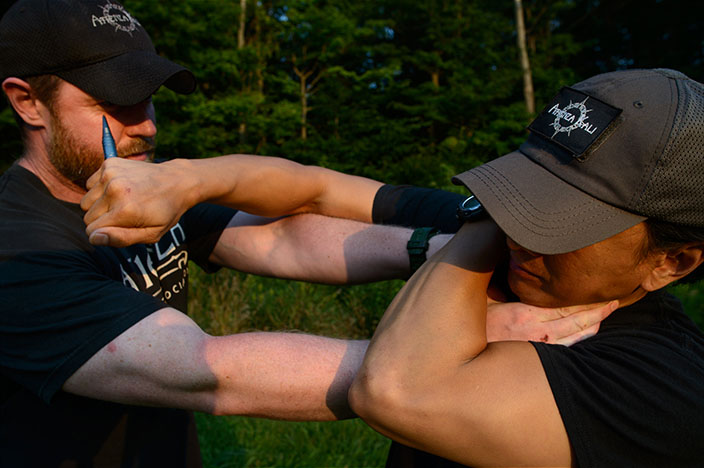 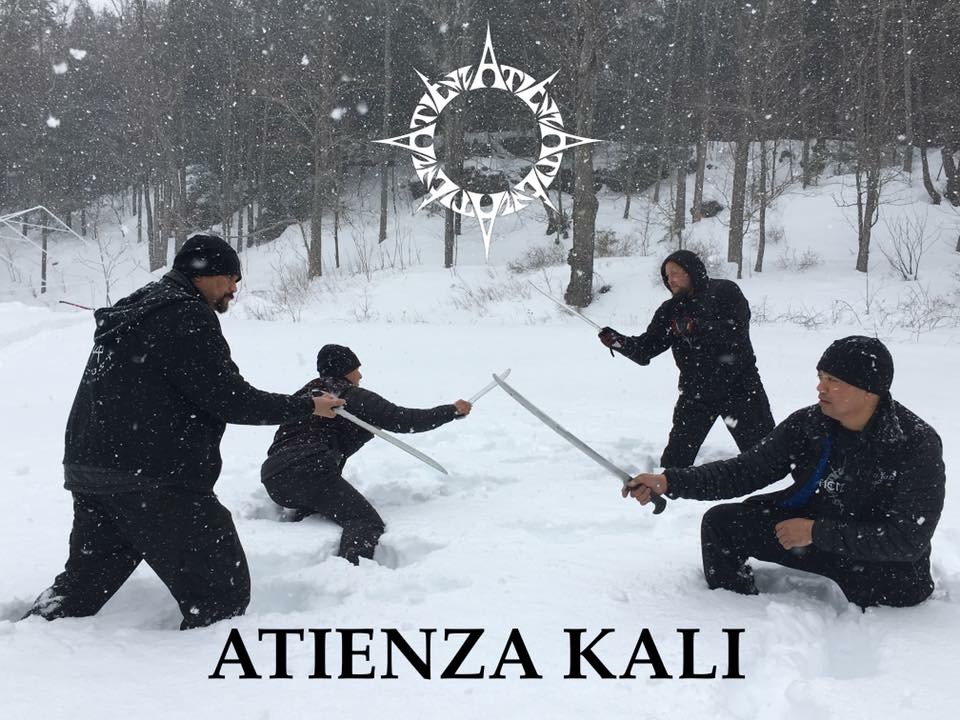 Basic combat scenario of Atienza Kali: You are alone and are about to engage three people. One of them has a weapon but you don’t know which person.

The Atienza Kali family system was developed to deal with a particular combat scenario – mass attack. Stemming from traditional Filipino martial arts, Atienza Kali is a contemporary fighting system designed from & for the urban environment. In places where access to firearms are restricted, blades and other improvised weapons are fundamental to mastery of the fight. In Atienza Kali, the long blade is the foundation for the entire system, and all knife and empty hand tactics are derived from this mindset.

The curriculum has been formulated from decades of combat experience, and thus effectively trains practitioners for real violent encounters. It has been trusted to protect the lives of our law enforcement officers, military operators, and civilians alike. 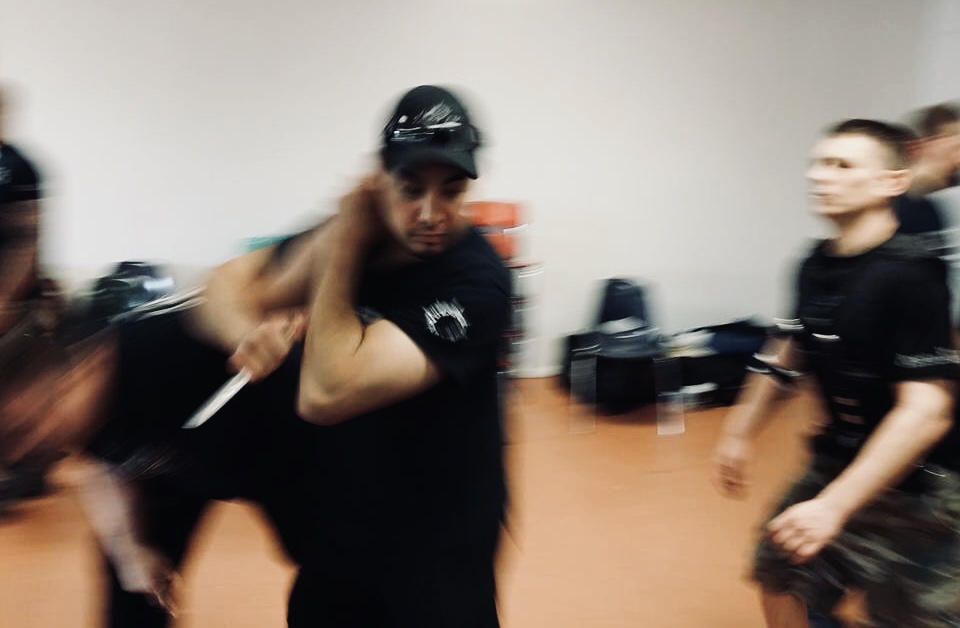 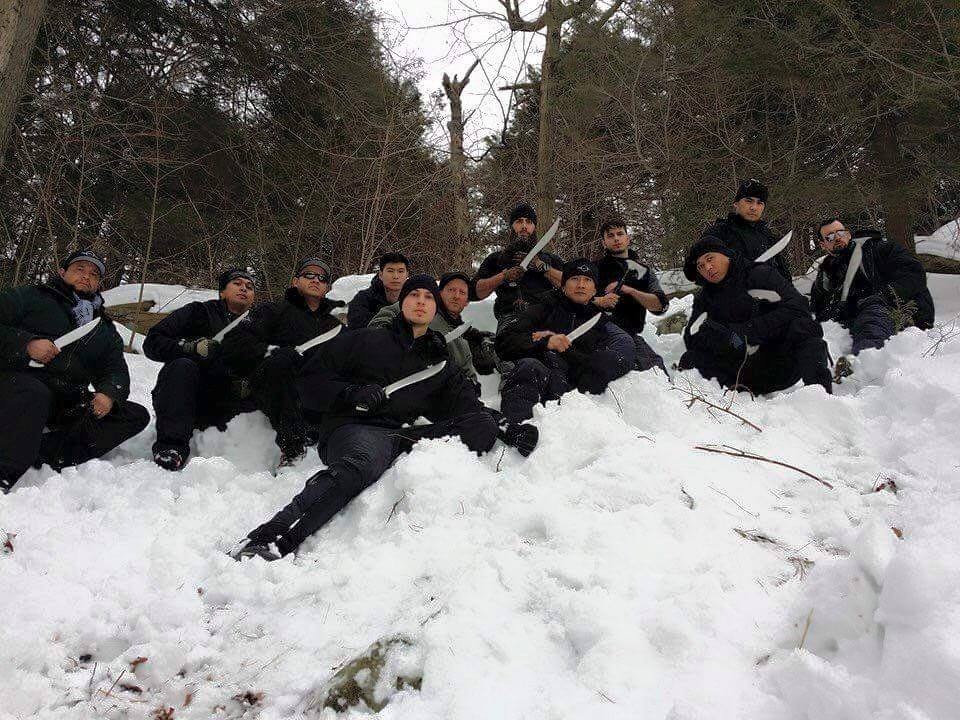